With a view to driving forward sustainable development in Vietnam and other Asian countries, the University of Rostock and Vietnamese partner universities are pooling their strengths in a graduate school: together they are promoting research and training in the key technology of catalysis. 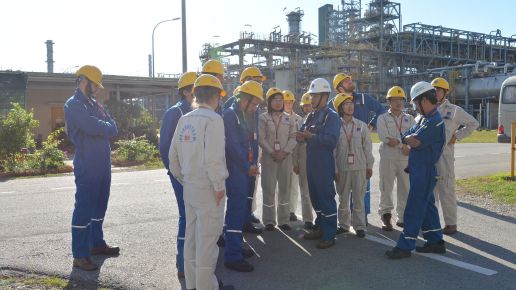 Vietnam is synonymous with growth. Experts expect the economy of this Southeast Asian country to recover quickly once the corona pandemic is over. Vietnam wants as far as possible to shape its economic boom in line with the Sustainable Development Goals (SDGs). One vital role in this is played by a chemical process: catalysis. “This is one key to overcoming the economic and ecological challenges that developing countries face”, says Professor Udo Kragl, Pro-Rector of Research and Transfer of Knowledge at the University of Rostock and head of the project “RoHan Catalysis – SDG Graduate School”. 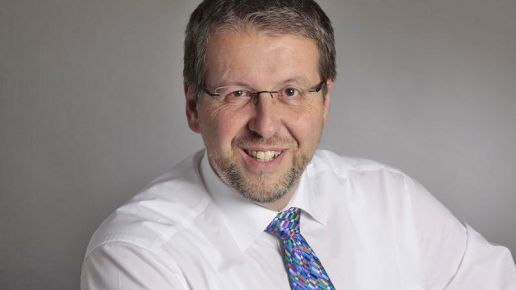 Using chemical reactions to save resources

The central challenges of Agenda 2030 are the focus of the German-Vietnamese cooperation: how can development and prosperity be reconciled with climate protection, sustainable production and the careful use of limited resources? Though Vietnam’s government believes that “green growth” is the way forward, the country as yet lacks know-how and a sufficient number of experts. At the same time, there is growing demand for more goods and energy.

This is where catalysis comes in: the science of controlling chemical reactions that play a highly relevant role in everyday life and in industry. Catalysts control, accelerate and improve the chemical process by which substances are converted. If used optimally, they help save resources by reducing the amount of energy needed for chemical reactions, while at the same time increasing the substance yield.

The Graduate School has intensified academic collaboration between Rostock and Hanoi in the field of sustainable resource management. More than 50 advanced students, postdocs and professors have already benefited from this. By setting up modern laboratories at the universities in Vietnam, the project considerably improves participation for the partners and gives them better access to internationally leading research communities. The involvement of other Asian countries has given the project – and thus catalysis as a key sustainable technology – a high level of visibility.

Catalysis can also be used to considerably reduce harmful emissions in industry and transport. “Anyone who has seen Vietnam’s roads, with their countless motorbikes and scooters, will understand how important this is”, says Dr Dirk Hollmann, a chemist at the University of Rostock. Together with Dr Esteban Mejia from the Leibniz Institute for Catalysis, he coordinates the RoHan Graduate School on the German side. Together with colleagues from Germany and Vietnam, he has built up an international network for sustainable chemistry in Hanoi. Researchers and students from India, Indonesia, Malaysia and Thailand are also actively involved through collaborative scientific projects. In total, more than 50 advanced students and professors from Asia have been able to obtain further qualifications. The programme focus on four specific areas of training and research, all of which are vital when it comes to achieving the SDGs: clean water and air, use of renewable raw materials, and waste minimisation. 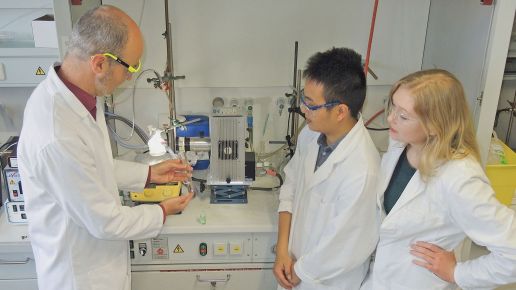 “For us in Vietnam, the cooperation with Rostock is of fundamental importance”, says Professor Le Minh Thang from the HUST. She represents the Vietnamese side in the collaboration: “The exchange brings us up to international research standards.” The chemist explains that the laboratories with modern equipment were set up for the Vietnamese partners. “Now we can conduct research at the same level”, she says, “and students who went to Rostock on an exchange can continue their studies in Hanoi seamlessly.” This is also the prerequisite for a new joint master’s degree that is recognised in both Germany and Vietnam.

Strengthening the position of women in research 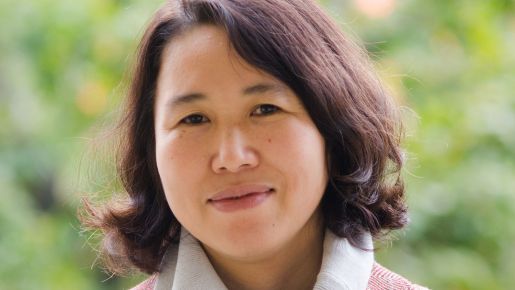 Thanks to the exchange that is now possible among teachers and students, “the topic of sustainability is being lent new impetus in Vietnam”, says Le Minh Thang. This applies not only to basic research, but also to its application in industry. Furthermore, RoHan Catalysis maintains contact with companies in Vietnam and Germany, for instance in the field of electrolysis for the production of hydrogen, another key technology in climate protection.

Le Minh Thang believes that the university cooperation also makes a contribution to achieving gender equality. “Although the road will be long, the new possibilities in training and research can strengthen the position of women, which in our chemistry faculties account for the majority of staff.” The 45-year-old is an example of this herself: her international experience and research successes were a key factor in her landing a professorship at the renowned Hanoi University of Science and Technology.

THE AGENDA 2030 AND ITS FIVE CORE AREAS