Four universities from Germany, Jordan and Lebanon are engaging in international dialogue in the field of social work to more clearly define their specialist profiles in line with Agenda 2030. Together, they are fostering research and student training in the area of refugees and migration. 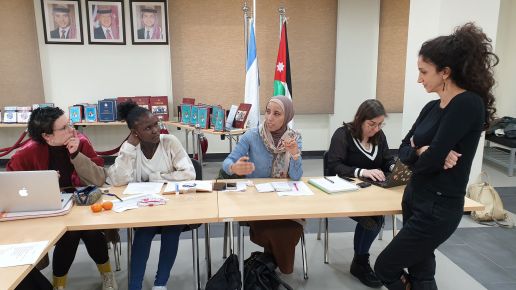 When hundreds of thousands of people fled the war in Syria in 2015, neighbouring countries such as Jordan and Lebanon – measured against the size of their own populations – took the largest number of refugees. At the time, more than a million people also reached Germany, many of them from Syria. Though Germany, Jordan and Lebanon differ considerably from one another, all three had to find ways to provide for the refugees and integrate them into their societies. “This joint challenge was the starting point for our activities”, says Lisa Mends. A social work scientist at the University of Applied Sciences Würzburg-Schweinfurt (FHWS), she coordinates , a project run within the framework of the DAAD’s “Higher Education Dialogue with the Muslim World” programme that is funded by the Federal Foreign Office.

The project has given rise to a cultural dialogue with the Muslim world relating to the field of social work. Participants from all three project countries have acquired new intercultural skills in the process. The participating universities have modernised their teaching and geared it to professional practice to a greater extent. By training future information disseminators, they are helping to bring issues related to social work into general societal contexts in a lasting manner. This has led to work with particularly vulnerable groups such as refugees being professionalised.

Within two years, a permanent platform for intercultural and academic exchange has been established between Germany, Jordan and Lebanon. The FHWS is cooperating on the project with the German Jordanian University in Amman (Jordan), Yarmouk University in Irbid (Jordan) and the Lebanese University in Beirut (Lebanon). The project’s focus is on social work – an applied science that aims to resolve or prevent social problems and to support people in stressful situations, helping them to take control of their lives with the resources available to them.

The Agenda 2030 of the United Nations focuses on strengthening precisely such vulnerable groups in society. It stresses that refugees, internally displaced persons and migrants can make a positive contribution to sustainable development, regardless of their origins and the difficult situation in which they find themselves. Leave no-one behind – this Agenda 2030 principle is exactly what the German-Jordan-Lebanese project is hoping to achieve. Guided by professors, the advanced students and research associates taking part in the project have been intensively exploring issues relating to refugees within the context of the Sustainable Development Goals (SDGs). 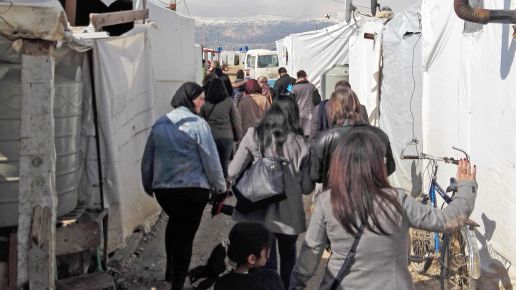 To ensure that social work is viewed not only from a national perspective, a central part of the project involves person-to-person exchange and country visits. “This shift in perspective is incredibly enriching – both on a personal level and for the development of the social work profession”, comments Professor Hannah Reich, project leader at the FHWS: “Having the chance to experience at first hand that what one might take for granted is not something that can be expected as a matter of course, but in fact is the result of cultural influences – that is a key element of this project for me. This experience allows us to question our own perspectives, all with the unifying goal of doing ‘good’ social work.”

Besides the intensive experiences gained during such exchange, Farah Al Hamouri, project coordinator at the German Jordanian University in Amman, also emphasises the impact the project is having on the professionalisation of social work: “The programme provides a good insight into how social workers in different national contexts and in line with different national laws work with refugees. And it reveals how important it is to incorporate research into a practice-oriented profession.” 16 academic papers on SDG-related issues such as good health, quality education, reducing inequalities, gender equality and the promotion of peaceful and inclusive societies have already been presented and published by master’s students during the course of the project.

Though bringing degree courses in social work up to the standards of international science and recognising their significant role in society is important for the discipline in general, this is particularly true of Jordan and Lebanon. Universities there are only just beginning to established protected job titles for social work graduates and to further develop their curricula accordingly. It is still the case that many of those working in the field have switched from different professions or are just beginning a career in social work. This trilateral project is helping to provide professional social work training for university students so that these young experts can assume responsible positions in their organisations and play an important role as information disseminators – thereby contributing to the SDGs.