Overcoming the decades-long conflict will occupy Colombia for a long time to come. The German-Colombian Peace Institute is supporting the country in this. 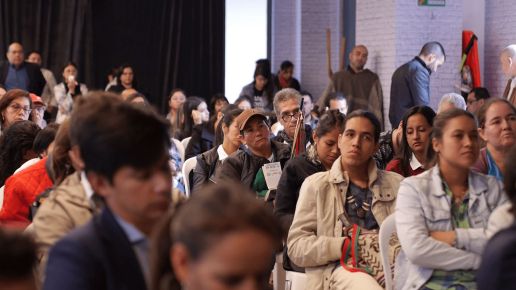 Colombia looks back on a violent past: for over 50 years the country was beset by a bloody conflict that left hundreds of thousands dead and drove millions of people from their homes. The struggles went on for so long that researchers speak of a culture of violence. In 2016, Juan Manuel Santos, the then president, succeeded in negotiating a peace agreement with the FARC (Fuerzas Revolucionarias de Colombia), the country’s largest guerrilla group, for which he won the Nobel Peace Prize.

Networking is being strengthened between actors in politics, society and research, which puts them in a better position to engage in successful peace building. Partners from regions that previously had little access to knowledge exchange are also involved in these new networks. CAPAZ’s numerous offerings provide a high level of continuity, which strengthens exchange. The institute produces research findings and studies that provide valuable guidance for policy-makers on the ongoing path to reconciliation.

However, the agreement was only the beginning of a long process of reconciliation. Stabilising the peace, uniting the country and coming to terms with the past form a central task of Colombian politics today. The international community is supporting the country on this difficult path. Germany is an important partner here.

20 institutions from both countries

In addition to coming to terms with the past at the political and societal level, there is also a need for research that throws light on the causes and effects of the decades-long conflict. This can support peace efforts with new insights, societal debates and varied educational offerings. That is why the was founded at the end of 2016. 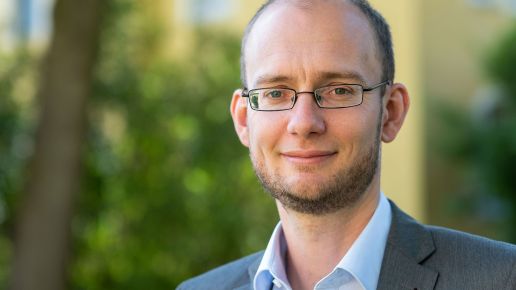 Ten universities and research centres from Colombia and Germany were involved in setting up CAPAZ, including Universidad Nacional de Colombia and Universidad de los Andes as well as the Justus Liebig University Giessen and the Peace Research Institute Frankfurt (PRIF), which is a member of the Leibniz Association. They form the CAPAZ consortium. Ten more universities joined as associate members in 2018.

The institute is situated right next to the presidential palace in the heart of Bogotá, at Claustro de San Augustín, a former monastery in the colonial style. “We and our research are very close to the centre of political power and therefore also to political decision-making,” explains Prof. Dr. Stefan Peters, the institute’s director. He says the institute with eleven staff engages in a kind of “science diplomacy”, research with a direct link to politics and diplomacy. Because CAPAZ is financed by the DAAD with funds provided by the German Federal Foreign Office, it can operate independently of political parties and benefits from the freedom of research and teaching. 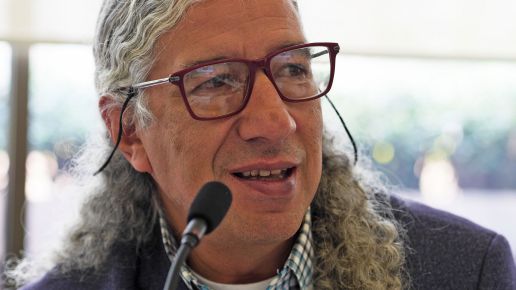 CAPAZ works as a cooperation platform that forms networks between research centres, civil society organisations and government institutions from Colombia and Germany and supports the exchange of knowledge in peace building. This is done, for example, in joint studies, (digital) events, workshops, seminars, conferences and summer schools on subjects such as justice, reconciliation and determining the truth. CAPAZ is active in research and teaching, in knowledge transfer and in policy consulting. In its work, the researchers do not only engage in dialogue with experts, but also with the general public in all regions of Colombia.

“Peace processes cannot be designed on the drawing board,” says Peters. “Scientific analyses are required to support political processes, to raise critical questions, prevent errors and outline concrete policy options. That is the task we are focusing on.” Prof. Dr. Camilo Borrero, Colombian speaker of the CAPAZ consortium, puts it this way: “CAPAZ is a symbol for the shared effort of shaping a shared peace.”

The institute is making a significant contribution to the Sustainable Development Goals (SDGs) with its work. It is contributing directly towards Goal 16 (peace, justice and strong institutions) as well as promoting partnerships and quality education. It is bringing about greater equality between the different population groups, strengthening gender equality through educational programmes and investigating the effects of the peace process on the environment. Furthermore, CAPAZ is examining a crucial link: that between conflicts and poverty and inequality.

THE AGENDA 2030 AND ITS FIVE CORE AREAS